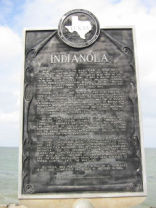 For the past four decades, Texas German has not been passed on to younger generations at home, meaning that fewer and fewer young people speak the dialect. Since the number of native Texas German speakers will shrink drastically over the next two decades, the dialect will become extinct by 2040. Therefore, the TGDP was founded in September 2001 with financial help from the Dean of Liberal Arts at the University of Texas at Austin to record, archive, distribute, and analyze the remnants of this rapidly eroding dialect as it is spoken at the beginning of the third millennium.

There has long been a need for an accessible archive of audio and video materials of language in use. This need has been felt more and more acutely by linguists and others working with these materials as time has shown the fragility of non-digitized media and the unfortunate frequency with which irreplaceable data is lost due to any of a number of causes. The need for such an archive is also felt because of the difficulty of publishing large corpora, whether in audio or text format.

Until the advent of Internet technology, an internationally-accessible digital audio archive was unfeasible. Now, with recent advances in digital technology and the decreasing costs in implementing this new technology, an archive like the TGDA, long envisioned by scholars and others who value these materials, is a reality.